"A room without books is like a body without a soul." - Cicero 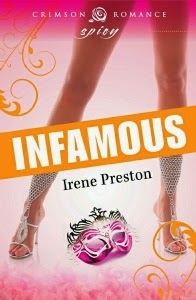 Four years ago it was pure Hollywood - the windswept beach, the whirlwind romance, the runaway marriage. Unfortunately, the ride into the sunset didn't survive the publication of the bride's tell-all book two months after she said ''I do.''

Reclusive venture capitalist Morgan Riley isn't interested in fame. He prefers a quiet life in the suburbs. For his daughter’s sake, he agrees to give his notorious wife another chance to be part of their family. Even though she's back at home and fulfilling all his late-night fantasies, he can't help wonder if she misses her high-profile lifestyle and famous friends.

Everyone knows Jessica Sinclair. She’s that girl on the cover of all the tabloids. As a Hollywood insider, Jessica has spent her life partying with A-list celebrities, shopping on Rodeo Drive, and living through scandal after scandal. When her estranged husband offers her a second chance at an 'All-American' lifestyle, she can’t pass up her shot at real happiness. Back in suburbia, Jessica spends her nights in sexy role-play hoping Morgan will overlook her deficiencies as a homemaker. She spends her days attending P.T.A. meetings, burning cookies, and asking herself, ''What would June Cleaver do?'' More to the point, what will Morgan do when Jessica winds up back in the tabloids - with his teenage daughter right next to her?

I hated reading this book as much as I loved reading it. I found the whole thing so sad. I cried in places that others might not cry in. Both characters resonated so profoundly with me. This is what happens when people don't communicate, when they let their pride get in the way, when they fight for control instead of the actual relationship - misunderstandings. That has been the case for me my entire life; people misunderstand and like Jessica, I learned at a very young age that people don't want to hear the truth. They will believe what they want, and it's usually the scandal that they choose to believe. When you spend your entire life being what others perceive you to be, pretending you're winning because you're not letting them see you sweat, that armor becomes part of you. It's hard to take it off. It's hard to know who to take it off for and when. But if these two characters had been more open about their feelings for each other, and actually said the words they needed to say instead of beating around the bush, they wouldn't have wasted 4 years.

I'll admit my heart ached for Jessica a lot more than it did for Morgan. He seemed a lot more cold and his mask better in place than Jessica's. When the book was in Jessica's POV, I thought Morgan was so cruel to her, I even wondered if Jessica was doing the right thing by trying to salvage their marriage. Once I was privy to Morgan's thoughts, I understood him a bit more, but still I think he was a lot more cruel than Jessica. I think he lashed out worse and I don't think his motives were as just. For such an intelligent man, he sure was a bit dense at times. To believe gossip articles and pictures taken out of context without hearing it from the person themselves is wrong. To assume Jessica had a thing with Mason based on her book which was a work of FICTION, and not even bother to tell her what he though, wasn't smart or fair. I feel he did things to humiliate Jessica, and Jessica didn't do things to humiliate him, rather, gossip columns wrote untrue things about her and Morgan felt humiliated by them. Those two things aren't the same. There was one particular scene that was almost too much for me to handle; I had to take a few minutes to cry before I could even continue.

Don't get me wrong, I did want them to end up together because they did love each other. But because of his actions, I just felt like Morgan should have suffered more once he realized he was wrong. I wanted to see him truly realize all that he did to her. I wanted to see him apologize, to grovel for doing those horrible things to her and for believing in gossip columns instead of his wife. I feel like that didn't happen. All Morgan had to say was that he now believe Jessica and that he loved her and that's it. To me, that wasn't enough. So I was a bit let down on the ending for this reason.

I know my review probably sounds like it was a bad story, but it wasn't. I did love it. It was so well written, and the characters were very real, they were flawed, and I did like that. It's because these characters came alive for me that I felt the way I did while reading it and cried for them. It was so sad to see two people who truly love each other keep fucking up. Their relationship was on the brink and they wanted to hang on but kept doing everything wrong. The part of me that was completely immersed into the story feared that they wouldn't make it, even though obviously I knew they would. I kept looking to see how many pages I had left because I wanted to get to the end where they got their happily ever after, even though I really didn't want the book to end because I really liked it.

I am glad that I read this book. I feel like it changed the way I read romance a little bit. And I will definitely read the next book by this author.

Posted by SaturnMoonie at 4:00 AM 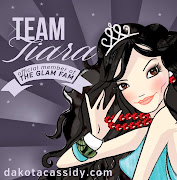